Today, I want to talk about transitions. Business media is undergoing a huge one at the moment, and in many ways we are entering a golden age of publishing, one that is more powerful than anything created before it.

But change is hard. It can be full of destruction as well as creation; it is stressful and confusing, even amidst hope and empowerment.

So I want to share a few stories of transitions that I see around me, and try to pull out some lessons that may apply to your world.

When you face a transition, will you sit on the sidelines and wait it out, hoping to land on the right side? Or will you fully engage the transition, and chart the course of your own future?

Make a Choice to Head Into the Unknown 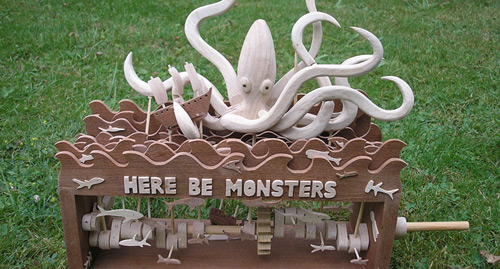 My father retired yesterday. It was his last day of work after nearly 50 years in corporate America. In a very real sense, today is the first day of the rest of his life.

What will that life be?

It won’t be judged by familiar measures that one comes to expect over a lifetime of providing for a family, building a career, and growing as an individual. He is in uncharted territory, in open water; and this has it’s own unique opportunities and challenges.

Everything in his world will be steering him to fill his days with chores and perceived obligations. Somehow, laundry, dishes, mail and trash will come to take up greater portions of the day, and fight to become the main tasks on his to-do list.

I don’t say this because it is unique to him, or unique to those who retire, but because we all struggle with this, and it becomes an anchor around our legs when going through transitions. All those little tasks fill our days and take precious resources away from our ability to achieve amazing things.

How many of the processes in your day seem rote and sap you of energy? Your creative force – your drive – is the most precious resource you have. Your hardest decisions shouldn’t be which new opportunity to follow, but which seemingly critical task has actually far outlived its intended lifespan. If you are in publishing, this may mean that you reconsider which editorial and marketing elements deliver core value to your readers, and which live on only because of habit.

It’s hard – REALLY hard to stop doing something. To kill off a feature in a software package, to end a blog that isn’t taking off, to dump a failed effort and refocus energies. Because sometimes the definition of failure is not apparent. Sometimes, everything is actually just fine, but not delivering the value to your audience, to yourself or to the business that you would hope. When do you say ‘good enough’ is not good enough?

I have two friends that experienced such an emotion in their lives. And they did something about it, something extreme.

It’s too easy to list how others need to change, or why the roadblocks are too big for one person to have an effect. But it’s not a question of convenience, it’s a question of will. Your will.

Some people fight change, and get dragged into it kicking and screaming. They end up with sides, with shows of strength, with entrenchment, with conflicting motivations. But these two friends of mine – they looked change in the eye and went with it, put their foot on the accelerator, and broke every boundary that defined their lives in order to find opportunity within the challenge.

Take Your Hands Off the Steering Wheel 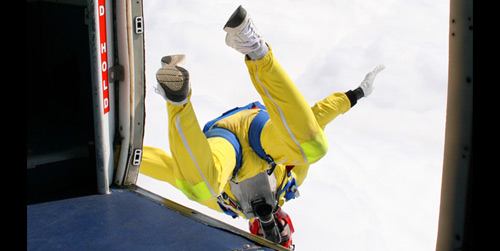 Take your hands off the steering wheel.

But you can’t control everything. Control can be a powerful course for good, but it can also become dangerous when being too aggressive with control during a transition.

I look to music for inspiration, there is something about the creative process of artists that always gives me a metaphor for so much else in life. I want to share a story about a transition that a favorite band of mine made, and why they pursued the course of taking their hands off the steering wheel at the most critical time of their career.

After phenomenal success with their album The Joshua Tree, U2 followed it up with a poorly received live album and film. They were accused of selling out. So when they went back into the studio to rethink their future, they questioned everything they knew, and decided to reimagine what U2 is and what they could be. Their heart would remain the same, but how they expressed it would change dramatically.

Brian Eno worked on the album, and describes the process of how Achtung Baby formed in the studio:

"A language starts to evolve. It’s a language of praise and criticism, the first flagpoles marking out the landscape within which this new music is being made. Buzzwords on this record were trashy, throwaway, dark, sexy, and industrial (all good) and earnest, polite, sweet, righteous, rockist and linear (all bad). It was good if a song took you on a journey or made you think your hi-fi was broken, bad if it reminded you of recording studios or U2."

"Occasionally there are memorable moments of vision, powerful lights to head boldly towards, and when they happen they supply the drive for a whole new slew of work. Although no one sits around WAITING for them (nothing comes to he who waits), if your attention is somewhere else, you can miss them. That’s why rough mixes are so important; they allow you to postpone your attentiveness. Attention is noticing where you are, as opposed to where you thought you’d be."

This is a band learning as they go, unable to rely on what they knew, unable to fully control their own future. What followed was a musical triumph, an album of not only artistic integrity, but one that defined the times at which is was made.

A year ago, I shared three stories about how bands broke the script, stopped trying to control or be controlled. It propelled the bands forward, and created something meaningful and authentic for the audience. Worth reading if you missed it.

Find Something to Believe In

And this is the crux of the whole thing. Change is not about destruction, it is about finding something amazing, something useful, something worthwhile, something that works. I’m a very sentimental guy, and find no joy in the thought that the newspaper as we know them are in demise. And yet, we have a responsibility – an opportunity – to help shape a system that works TODAY, instead of trying to uphold or recreate a system that worked well in 1950, but not anymore.

An old friend posted something on Facebook that was unusual, something that stopped me in my tracks. In the midst of the many status updates from my other friends about the fun parts of life, there was this update:

"I’d join the movement If there was one I could believe in" Today is one of those days where I long to feel a part of something bigger than myself, to aspire to be great. I can’t for the life of me figure out what that should be so I guess I’ll keep immersing myself in the love and company of family and friends until I figure it out. It’s the only endeavor that seems worth it most days."

My impression was that many people feel this, but few ever have the courage to say it out loud in an open forum. We hadn’t really spoken in 18 years, but I had to reach out to find out more. He elaborated further:

"I’ve had the feeling that I should and could be doing more with my life for over a decade. I think… that approaching my mid-late 30’s as well as now having a family, a house, and a career are all contributing to intensifying the feeling. With youth and lack of commitments and responsibilities I could kid myself that there was always time and lose myself in the distraction of the day. Now I have a family that depends on me to sustain my career and income, and demands and deserves my free time to be spent with them. The realization has hit me that if I did have some grand epiphany about the purpose of my life, I might not have the flexibility to pursue it without negatively affecting them in some way. Some might call it a midlife crisis I guess, sensing your own mortality and wanting to contribute or create something that, as you put it, transcends the self."

And this has sat with me for weeks and weeks, because he was overtly expressing what so many people feel but are unable to say out loud. He wants to be a part of something, to achieve, to shape, to create. And yet, it eludes him, and has for nearly a decade. He is waiting for a challenge that never presents itself. Someone who wants to transition, but whose world is stable and measured, progressing without a jolt that allows him to experience greatness.

What he needs is to become the catalyst. I don’t pretend to know what that means, nor how to navigate the balance between his aspirations and his responsibilities.

But I do know the power rests solely in his hands to start the process. And that the things that he feels can be restricting are really the things that are empowering – that those around him want him to be fulfilled, to experience greatness. That if he makes a choice to create, to change, to transition, that the world will shape itself to find the opportunities.

And the key is to be open to transition – to find meaning in transition. To start today.

Clearly, I don’t have the answers, and quite frankly, no one does. But it’s always helpful to bounce ideas off of someone else. If there is any way you think I can help, shoot me an email: dan@danblank.com. You can also follow me on Twitter: @DanBlank