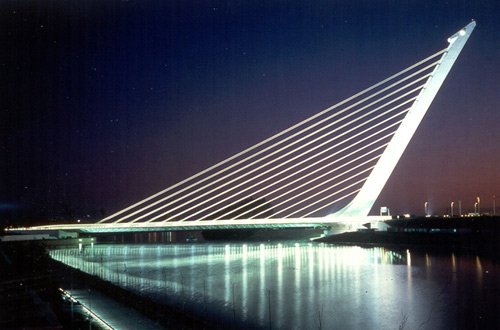 This week’s New Yorker magazine has a profile on architect Santiago Calatrava. He discussed some amazing concepts about PURPOSE, which I found fascinating, especially when you consider its relation to publishing, both in print and on the web.

I would sum up his philosophy as follows:

It’s about the experience, not the artifact.

While his designs are sometimes spectacular visually, his real focus is on the underlying purpose of a project. Relating this to publishing, it would mean that the goal is not a "magazine" or a "blog" or a "website." The goal is solving deeper problems. One shouldn’t get too wrapped up in the form if does not elevate that purpose. This said, the form of what you do can have a huge affect on serving customers.

A design may be useful, and even nice to look at, culminating in:

Something merely memorable, but not magical.

When you step across that line of achieving the perfect balance of form and function – it is elevated to heights greater than the sum of its parts. The New Yorker on Calatrava’s buildings:

"At their best, his buildings inspire visceral awe rather than thoughtful appraisal, and deliver the uplifting impact of a cathedral, even when their purpose is merely to shelter commuters." 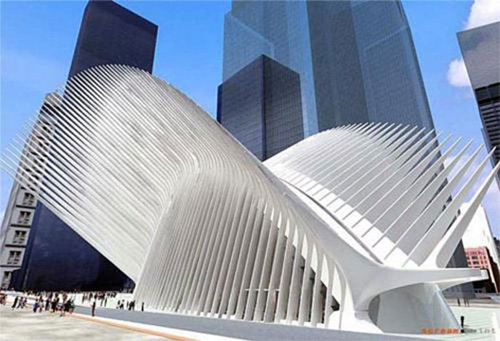 His design for the new PATH train station at the World Trade Center site is a primary example of the line between memorable and magical design. You have likely seen the design of the street-level entrance, a cross between the skeleton of a whale, and the wings of a bird. But so much more of the station exists underground, and it is here that budget cuts from the city could reduce his design from magical, to merely memorable. Calatrava’s explains:

"Because the station has a part that is symbolic, people think that is the station, but that is not the station," he continued. "That is just the sign to show people where it is on the street." The real station, he said, was what lay below street level: the vast mezzanine unobstructed by columns, and lit by natural light filtered from above, bestowing upon the traveler all the grandeur and sense of occasion offered by the great room of Grand Central, with its celestial roof and shafts of sunlight. "They should not build the iconic part," he insisted… "They should wait another generation, and they should build that which the other generation cannot build. The next generation can build the iconic part, but the platforms, the services, the generous spaces, the sense of arrival – these things they will never be able to move."

With either design, will it still function as a train station? Of course. But cutting elements of his original design it will likely lose something, something special, which he explains with Grand Central Station in New York as an example:

I am a part of so many discussions about publishing – both print and web. When I think about its true purpose – to help customers and readers – to make people’s everyday lives better – it becomes a transcendent thing – moving beyond debates over podcasts, blogs, resources, magazines, webcasts, templates, aggregation, and will.

It becomes a simple thing:

This is not a problem – this transition in publishing – this is a privilege.

This is our opportunity to create something magical, not merely memorable.

(For more on Santiago Calatrava, Charlie Rose has a great interview with him that is well worth checking out.)