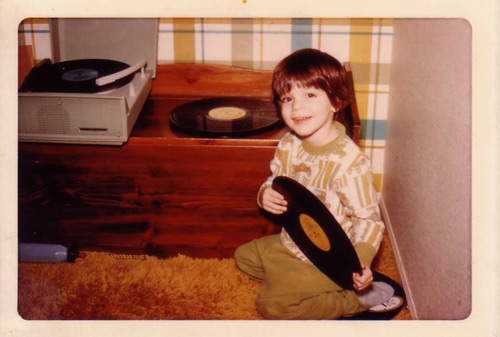 Sure, they tried to innovate, but in all the wrong ways. They told themselves that the CD itself is what music fans wanted, when what they really wanted was MUSIC. And even beyond the music, fans want to be inspired, to be moved, to be connected to artists and each other. Music is a personal expression, even for the fans. It is an outlet for fury, for happiness, for relationships, for moments.

But the record labels focused on pushing more pallets of CDs and limiting any other way that fans could experience music. If the record labels were the horse & buggy industry 100 years ago, their efforts would have been to shut down roads, not helping people get from one place to another more quickly, as the automobile started a revolution. You can’t fight a revolution by limiting what people do and the value you provide. That doesn’t scale and can’t be sustained.

I am concerned that other media industries are falling into the same trap: failing to transition because they are starting with a result (magazine), not their mission – to inform, educate, solve, inspire, comment and connect. That media is losing its way because it is focusing on form, not function.

I always find it interesting to learn from other industries going through transitions, such as the food world. If you’ve watched the movie Food, Inc, you will understand what I mean. The large food producers of the world are focusing too much on efficiency and margins, and the result is that they are serving us ‘food products,’ minus actual food.

So this has opened up opportunities for chains like Five Guys Burgers and Fries, who are making a name for themselves simply by serving real ingredients that aren’t messed with. I went there the other day, and they have a chalkboard telling me from which town & state the potatoes for today’s french fries came from.

Whole Foods is seeing similar lift here, and not just because of the ‘real food’ trend, but in how they serve their customers. Instead of spending money on marketing, they put that money into ‘sampling’ – giving free samples and free products out to customers so that they can learn more about the food in the store, what they like, and how to eat. They are focused on serving customer’s nutritional needs, not on blanketing the world with more advertisements.

This is also why Zappos is getting so much credit for how they run their business. Instead of wild gimmicks and marketing schemes, they are simply focusing on the things most important to customers, and actually CARING about them. So, free shipping, instead of marketing dollars spent on celebrity endorsements or Monopoly games a la McDonalds. They would rather lose money by making a customer happy, than fight customers by upholding a list of stated rules.

I’m watching the initial efforts of magazines on the iPad, and, while I understand that the iPad offers limitations, and that these digital mags will evolve over time, I’m still a bit bummed that media companies see the opportunity backwards. To publishers, they seem to see the iPad as an opportunity to show the value of their medium – the magazine – not the value of their content, their market, or their place in the cultural ecosystem. These are expert content producers, deeply integrated into vital niches and creating compelling products & solutions within them; yet, their largest effort seems to be to defend a paper-like experience.

The book industry confuses me in a similar way. I love books and think that they will survive just fine because they are so compelling in their original form. But the industry overall still seems way more focused on creating another Dan Brown or Stephanie Meyer type success, ignoring how the web has allowed EVERYONE to become writers and readers dramatically more than before. Sure, they have made efforts in online media, but it seems more out of obligation than desire.

In 20 years, Live Nation will likely still be around because they rethought the music industry, how to deliver value to fans, and a business model that supports it all. For instance, their deal with U2 covers recording rights, touring, “merchandise and licensing rights, sponsorship and strategic alliances, digital rights, fan club/Web sites and other marketing and creative services.”

But record labels I grew up with, will they be around in 20 years? I suppose time will tell. I have a huge deal of respect for the past, and am really a very sentimental guy. And that is why I look so critically at what big media companies are doing, because I want them to be there in the future. I love media.