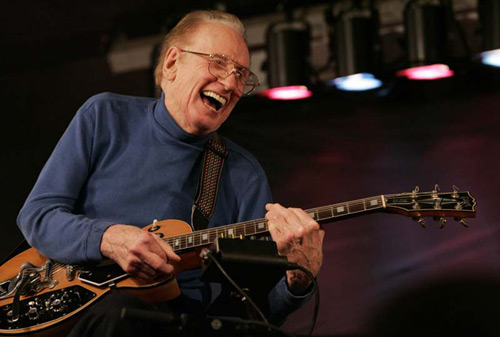 Earlier this week I was watching a documentary on music legend Les Paul, and he described a pivotal period in his life. He was a very successful guitar player in Chicago, and one morning his mother mentioned that she heard him play a live performance on the radio the previous evening. He said that was impossible because he had played a live show somewhere else that had not been broadcast.

What had happened is in part that others were copying him, and also that he was playing a musical style OF the moment. What he realized was that he needed to be ahead of everyone else, create something unique and powerful that would carve out his own niche. Because without that, he his future would have strict limits. What follows are three ways he reshaped his music within the time frame of three years:

He attributed the accident to the magnitude of the change in his life. He said it would be very hard for anyone to make such a large shift in their life if something didn’t bring them to a full stop first. What came after was a string of music inventions that affected the latter half of the 20th century in profound ways, including multitrack recording. Without Les, we wouldn’t have Sgt. Pepper.

As the media and publishing worlds sit here at the end of the car crash year of 2009, we need to ask ourselves: Is this the full stop that we needed in order to rethink priorities & processes, and find a path to creating something rich and new, something that will reshape the next 50 years of media? What is your ‘new sound’?