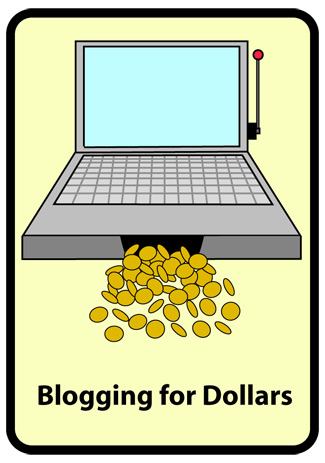 There are other ways to leverage blogs to earn revenue – for some, blogging itself is the business. The Wall Street Journal looks at services that allow bloggers to monetize their efforts:

“Rhett Butler, founder of Mongabay.com, a site with articles on rainforest conservation and other environmental issues, makes $15,000 to $18,000 a month from AdSense, using various types of ads.”

“…Darren Rowse, the Melbourne, Australia-based writer of ProBlogger.net, a popular blog that teaches other bloggers how to make money, earned roughly $250,000 in 2007 off ads on three blogs he writes. Mr. Rowse says he makes the most off traditional display advertising, where advertisers pay a fee to appear, but he also has used affiliate ads and Google AdSense.”

Chris Anderson and others are compiling a list of online revenue models for the media industry. This is what they have so far:

The Associated Press looks at one small blogger who is indicative of the shift of ad dollars from mainstream media sites to smaller, more targeted blogs:

“[Blogger for BCSGuru.com, Samuel] Chi, a former sports journalist with training in statistics, posts his calculations every Saturday night during the season before official results are released on Sunday. Between Saturday night and Monday, about 4,000 sports fans log on daily to check out the “guru’s” forecast.”

“This season, Chi made about $8,000 total from the blog; ticket brokers contacted him directly after word about his site got out. Google’s AdSense brought in another couple hundred dollars for Chi, the owner of a bed-and-breakfast in Amelia Island.”

“We have found that more and more sports fans are turning to blogs and smaller fan sites to get their information so as an advertiser it makes sense to follow your audience,” spokeswoman Toni Lamb wrote in an e-mail.”