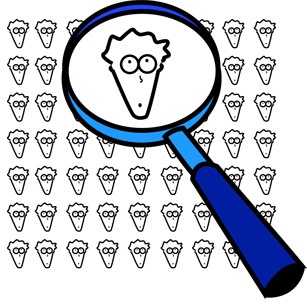 Who knew how much that little search box on the homepage of Google would change our culture. From new directions in business, to the most basic way that you perceive your friends and colleagues, a simple web query can have sweeping affects.

Jeff Jarvs has uncovered some statistics about Google that illustrate its power and growth rate. Among the bullet points:

This sets the stage for understand how rapidly search is changing cultural norms, but The New York Times puts it in context in an article titled “How to Lose Your Job on Your Own Time. Some excerpts:

“If you fail to maintain amorphous “professional” standards of conduct in your free time, you could lose your job…”

“Employment law in most states provides little protection to workers who are punished for their online postings, said George Lenard, an employment lawyer at Harris Dowell Fisher & Harris in St. Louis…”

“In the absence of strong protections for employees, poorly chosen words or even a single photograph posted online in one’s off-hours can have career-altering consequences…”

“Internet users are not just passively allowing personal information to slip from their control and end up online, where it is searchable; they are also actively putting the information online themselves…”

“[A] Pew study included an unexpected finding: Teenagers have the most sophisticated understanding of privacy controls on these sites, and they are far less likely than adults to permit their profiles to be visible to anyone and everyone.”

It’s a classic case of “knowledge is power.” The real question is: will the openness of the internet set us free, of give us more reasons to feel restricted?