I never thought I would be writing an article about Old Spice, and yet, here we are. This week, the brand rolled out a series of videos on YouTube where their spokesperson directly responded to people’s Twitter updates in short, funny clips. 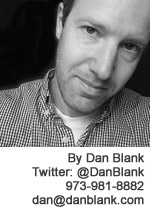 Some of the people he responded to were well-known people, others were not. One guy even used the Old Spice spokesperson as a marriage proposal.

This marketing program spread like wildfire on the web, and to me, it seemed to be an incredibly important example of how the web is changing marketing and how businesses connect with customers. Instead of the top-down one-to-many approach, Old Spice tried the opposite. They tried one-to-one.

In a single day, the marketing team behind the Old Spice campaign produced 89 videos. That’s crazy. And most of them were really offbeat and engaging.

When many businesses try to leverage the web to create an “innovative’ marketing program, they focus too much on the technology, and not enough on the people. They create complicated systems where customers earn ‘points,’ and ask customers to give before they can receive. (eg: opt-in, log in or sign up)

But what often works best are things that are simple. Things that engage real people in basic ways. And that’s what Old Spice did. These are the lessons I am considering from it:

Get Closer to Customers
What I loved most about the campaign is that it made consumers feel a part of it. While Old Spice clearly hoped for this to go viral, it was packaged as if the spokesperson was speaking to a single person.

Be Nimble
Producing so many videos in such a short period of time meant that the normal public relations folks within the brand couldn’t vet the material as they normally would . This took away layers of red tape, and put the creative folks in charge of connecting directly with the audience.

Target Influencers
The marketing team clearly targeted influencers and established a system to help them identify who to respond to. This helped the message spread, as each influencer would promote the custom video to their following.

Target the Little Guy
They also responded to people on Twitter who had small followings. This gave everyone the sense that they could be chosen, that they too could win the lottery.

Don’t Worry About Owning the Platform
Old Spice relied on two platforms they didn’t own: YouTube to post the videos, and Twitter to spread the message. The connection to customers was more important than owning the platform.

Real-Time is a Powerful Engagement Factor
The fact that the video responses came so quickly made the entire program incredibly engaging. It made consumers rethink their own expectations of how to interact with a brand.

Have Fun
Clearly, the creative team who worked on this had a ton of fun. And the consumer feels that two – it’s as if we are all in on it together.

And for the record, I’ve used Old Spice for years and years. Suddenly, I feel relevant!