Recently I have been considering the value of social media in terms of how it enables families, connections and provides meaning to our everyday lives.

So today I want to share a story about how Facebook is allowing me to experience my past in new and incredible ways. Here is the premise:

What makes this remarkable is that I grew up in a faceless American suburb – full of cheap strip malls and tract housing. Almost everyone was a transplant from somewhere else, with waves of people settling there from New York, including my parents who moved from Queens.

Yet there is meaning here, there is history. And because of social media, it is now a shared history. Below are some of the photos I posted, and a selection of comments people added. I am most enamored with the comments for buildings that are abandoned, dilapidated and faceless. 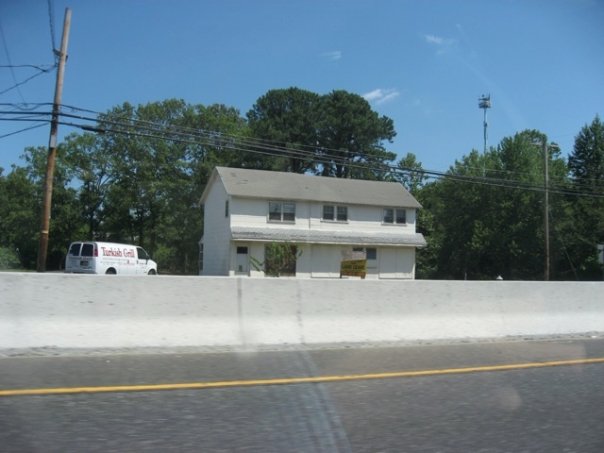 This house seems to have been unoccupied for my entire life, and I always wondered about its past. But now the mystery is solved; here are some comments people posted about it:

"Rosie dean owned it before all of you were born it was her house and ice cream place."

"My dad owned a gas station on the other side of the street in the 60s and this house used to be a hamburger place. Do you remember the 19 cent hamburger sign, it was up until the late 70’s, early 80’s, I think. I remember my dad telling me that the owner’s wife lived there until she died and shortly after her death, the sign came down."

"Yes, Mrs. Dean lived there with her husband. It was a Hamburger join and they also owned Dean’s grocery which was next door to the VFW." 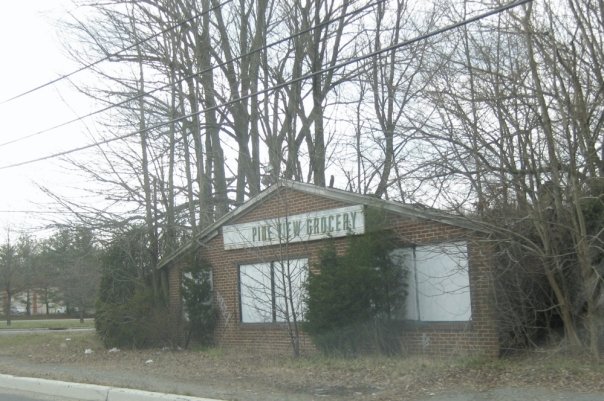 Here is another store that has been abandoned for as long as I can remember. The photo received 17 comments, including this one:

"We moved to Howell in the early 50’s and Howell at that time was a summer retreat, believe it or not. These little grocery stores were all we had except for Foodtown in Farmingdale and the A&P in Freehold (downtown) Mostly Jewish/German families came down back them to these little resorts. They were little bungalows. If you went further back down that road beside the grocery there was even a little resort with a built in pool!! That was amazing. No one had a pool back then. we all went to Hamburger’s Lake or Charlies Lake."

Evidently, in the past few weeks, someone (finally) began converting this building into something else. Glad we were able to capture its history on Facebook before it is gone. 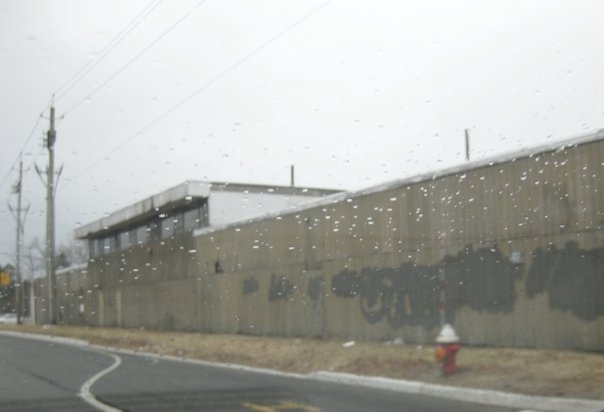 The ugliest building in Howell (which is saying something), and again, always a mystery. One of the many comments:

"That was at one time the clock factory called Harris and Mallow my grandfather worked there. Up top was a dentist’s office, Dr. Roseph, who was the worst dentist ever. Around the corner was a little market called Jimmies, or Acres Market: Bazooka gum 1 cent and Ring Dings, candy ciggs, and all that good stuff as a kid. Next door to that was a barber shop called Hank’s, I used to get a buzz and then he would wax it – those where the days!"

Suddenly, this faceless building has a history of an active community. 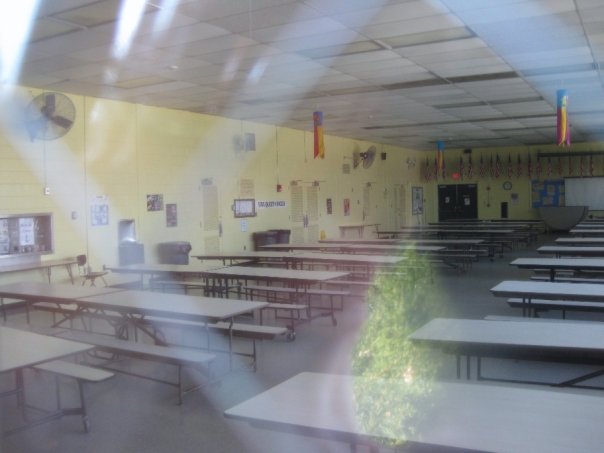 My elementary school lunchroom. Clearly, it brings back a ton of memories, and it was nice to hear those of others:

“My Mother worked in the Taunton School kitchen, does anyone remember the little blonde Scottish woman? She did the baking & serving, she’ll be 90 this Wednesday, and is still very active. She still lives here in the same house… and also worked at Harris & Mallow clock factory with her friend, little Irish woman Annie. They have a lot of stories!!!” 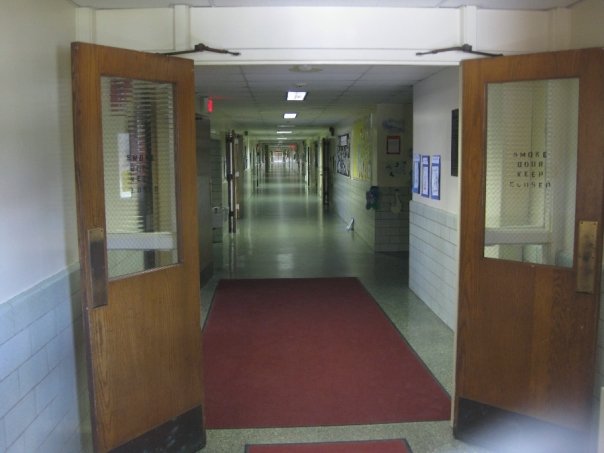 This is the school I attended for Kindergarten. This photo was taken just before it was closed down to be converted into offices. Someone commented:

"Still looks the same even after like 48 years. Yikes… My first grade class was just up on right, Mrs. Lunt. Make a quick right and the principal’s office was on right, Mr. McCullough. Down the hall last room on left facing the playground is where my kindergarten room was, Mrs. Getty. Man, what a trip down memory lane." 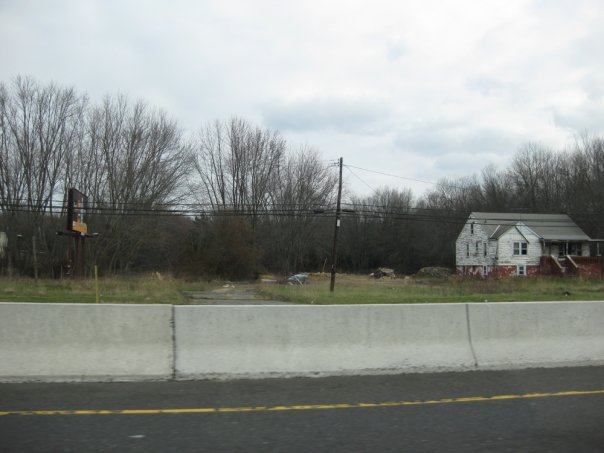 It amazed me that this photo of a derelict building was recognized by people. It was an egg stand years ago, and while the photo alone has no meaning, once people add comments, it comes alive. Some responses:

"Wow I remember going there with my parents when I was a kid. There was a cute little old lady that lived there and it always smelled like soup."

"My daddy used to take me there all the time to get eggs… the lady was sooo cute but she died a couple of years ago."

This chapel used to be a movie theater. People had such strong memories of this building, and shared the names of movies they saw over the years: Slap Shot, Jaws, Grease, The Sting, and this memory:

"We used to walk there thru the woods in the back to Brown Rd. We’d see a movie, walk over to Larrys Big Dipper ice cream store (across from McDonalds) and play pinball or Asteroids. Walking home after the movie was rough because you couldn’t see anything and at times it would get swampy back there. I remember Lakewood and Howell folks didn’t get along back in those days and there used to be some fights right in this area because it was the border between the two towns." 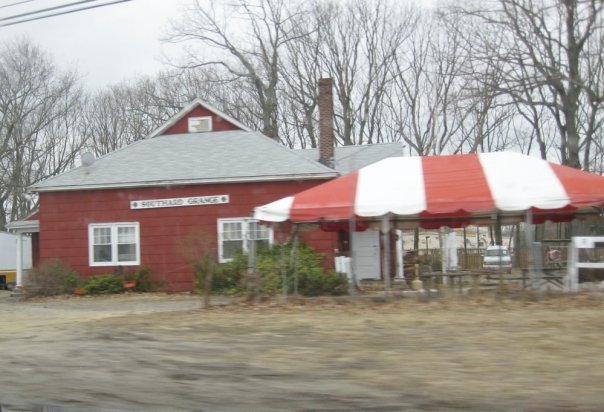 This is a plant stand, and I was surprised to learn how much history is in that little building:

"We had actually had Girl Scout meetings there and people had parties at the Southard Grange. It was a meeting house for the locals to discuss politics and farming and 4H meetings. Back in the day there was no "town." I’m talking 50 years ago."

"I think my mom went to school here for a few years, before Southard was built… maybe my grandparents, too…" 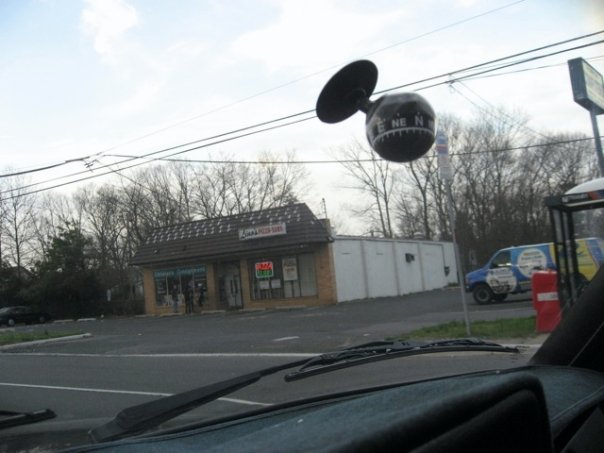 Decades later, people are still debating which was the best pizza in town via the comments. Here is Lino’s, which seemed to lose the battle. And yet, after three decades, it still soldiers on!

Even empty lots have a history:

"This was a restaurant named Pete’s and he had the best pizza around in its day."

Another person added some color to the story:

"Old Pete always had a cigar in his mouth. We used to laugh about how many cigar ashes landed in the pizza that Pete would make!"

Howell’s most famous landmark: The Moon Motel. Easily the shadiest place in town. 38 comments across three photos of it. One of the comments:

"Yeah, I partied there a few times. It never seemed like anyone was ever parked in the parking lot, it always had a vacant sign on it and I never saw anyone in the pool. I grew up on Kent Rd, the Moon Motel was just one of those places that was always there. It was actually pretty weird the first time I went there and hung out and partied in one of the rooms. I guess it is Howell’s version of the Bates Motel, kinda creepy even though the sign is cool. One of the rooms had a framed picture of Stallone as Rambo shooting a machine gun." 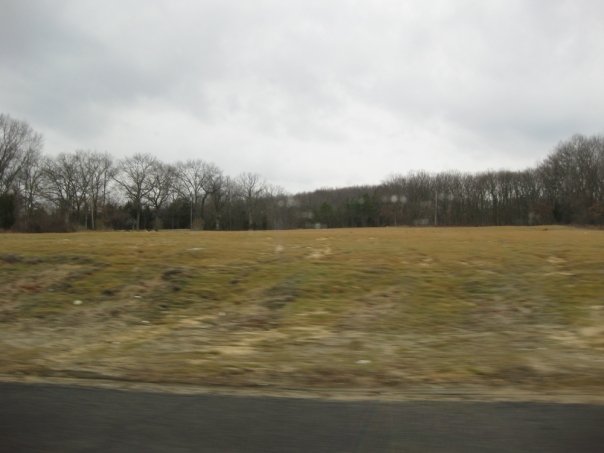 In 1980, the store here burned down, and it’s been empty ever since. Some comments on the photo:

"I was in Ramtown Fire Co. at the time, we were called to assist."

"This was Kings Furniture. I remember my aunt buying some furniture there as a small boy and they gave her a set of Lionel trains as a gift. She then gave them to me and I still have them, they have been under a lot of Christmas trees since."

Facebook has really helped capture a history that would otherwise be lost. It is also connecting a community of people who have sinced moved on from this one place.

Those growing up today will only ever know a world where information & stories like these will be shared as they happen. They will grow up in a connected world where it is hard to lose touch with people, easy to connect, easy to share, and always online.

And I think that’s cool.