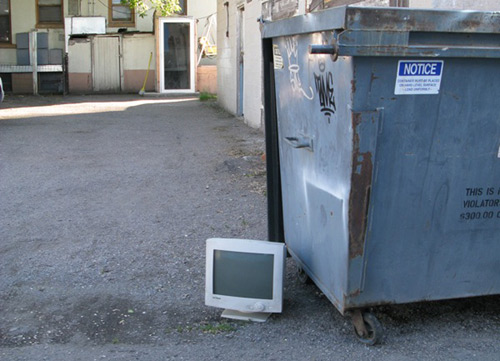 While many bemoan the changes that are occurring as our culture moves from print to digital media creation and consumption, I wanted to consider the value of digital media if we were experiencing the opposite transition:

What if we were moving from a digital media world to a print media world?

What if digital media was invented first, back in the 1400’s , and then in the 1990’s, print burst onto the scene? What if thousands of startups began developing print-centric business models, and businesses started converting their processes from digital to print? What if teenagers stopped texting, and started passing notes in class? What if letter writing took hold, replacing email? What if blogs found their business models in shreds as print advertising grabbed all the dollars?

In our bizarro scenario, perhaps these are the reasons that people rejected the web, finding more value in print:

But let’s consider what our society would lose in such a transition from digital to print:

In considering this bizarre scenario, I found myself enthused about the incredible value that print brings. However, I can’t help but feel that a reverse transition from web to print would seem a bit like Big Brother was taking over; that citizens are given beautiful print packages at the expense of freedom of information, connection and creativity. It would give more control to fewer people – allowing them to decide what is good enough for the masses.It would not by any means be overt censorship, but rather, the hoarding of power to the limited space available in an expensive world of print products and distribution channels.