Breakfast at Balthazar! Eggs benedict, surrounded by famous and beautiful people. Breakfast is my new favorite meal of the day. Along with lunch, dinner, and my other favorite meal: lunch part 2. Who says you can only have 3 meals a day? 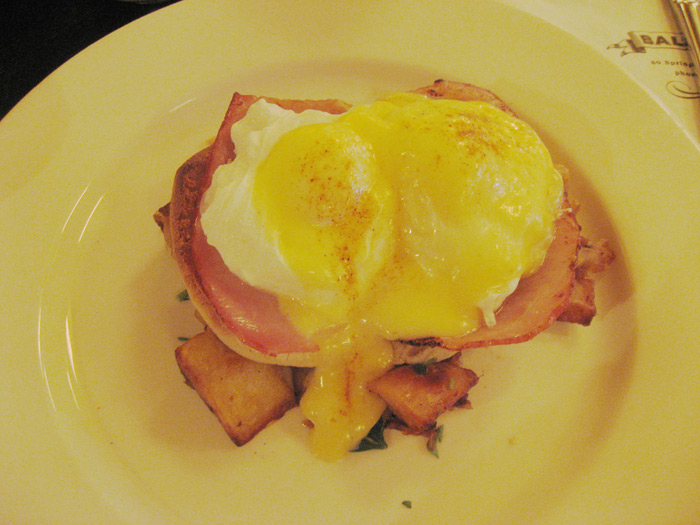 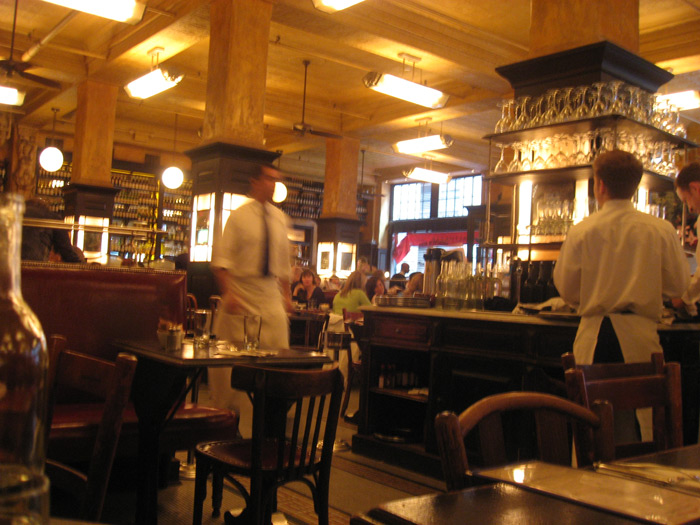 Sarah and I also got to see The Swell Season this week at Radio City Music Hall. They starred in and recorded the soundtrack for the movie Once, and won an Academy Award for best song. An AMAZING show at a beautiful venue. Photos below, and click here for videos. 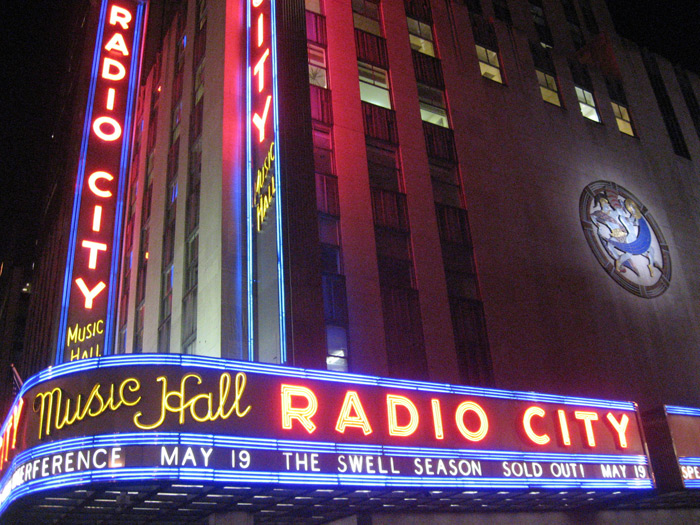 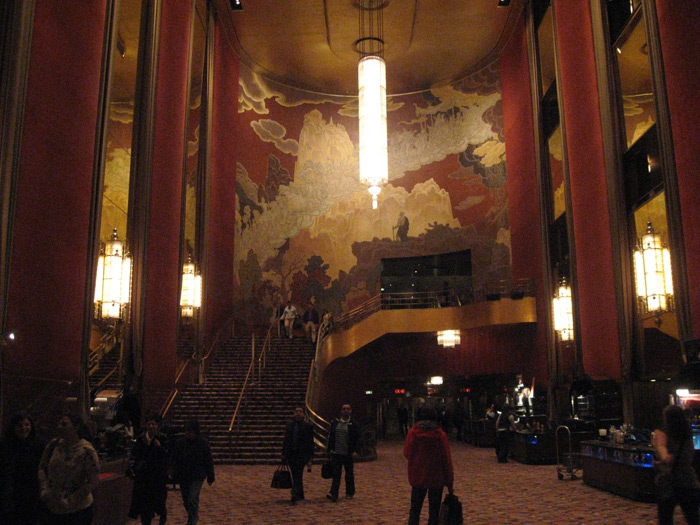 The breathtaking lobby of Radio City. 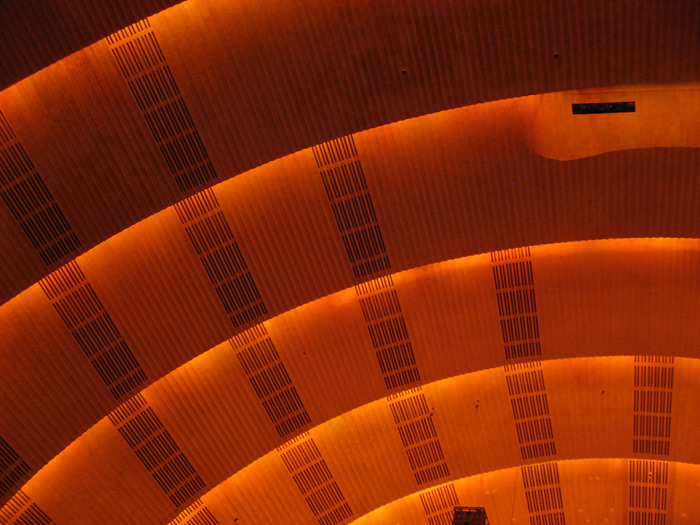 The ceiling inside the concert hall. 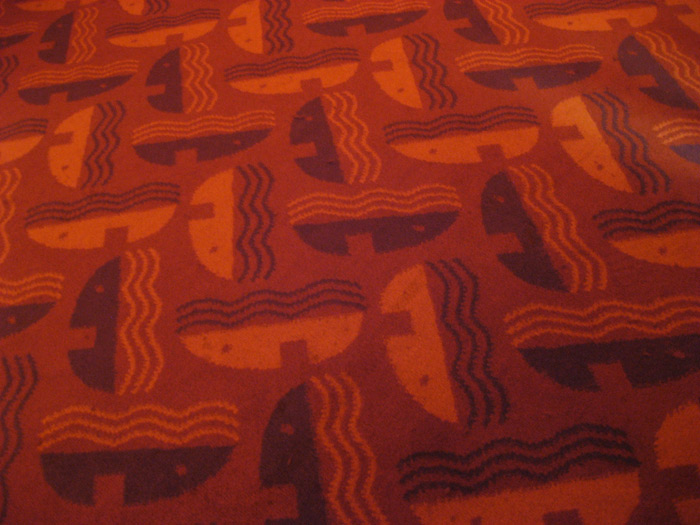 The carpet was rather amusing. 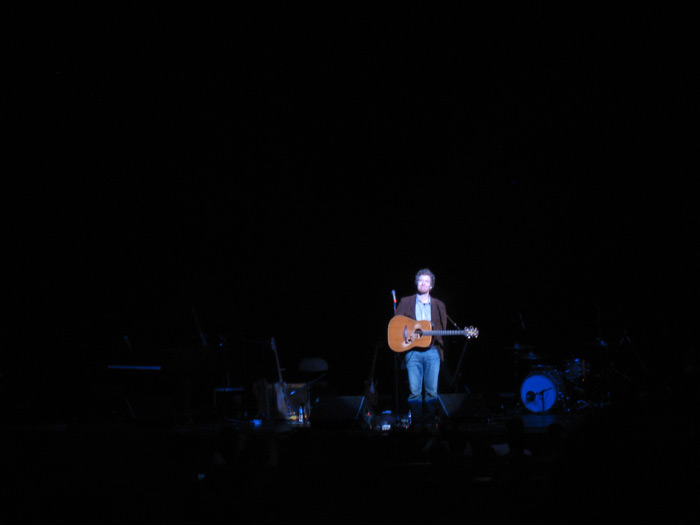 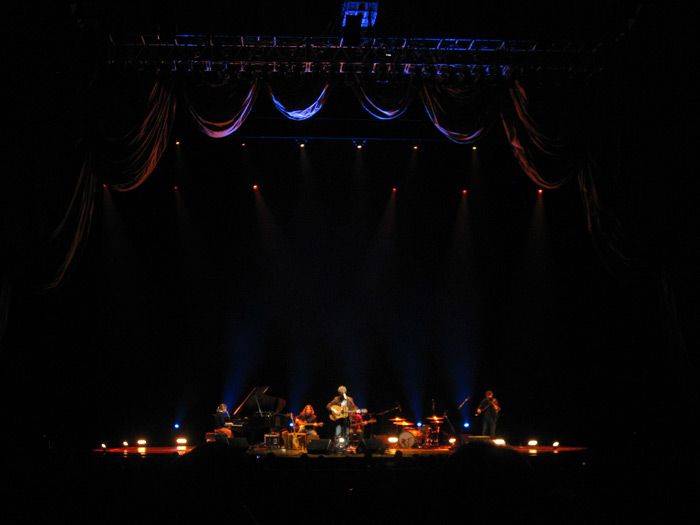 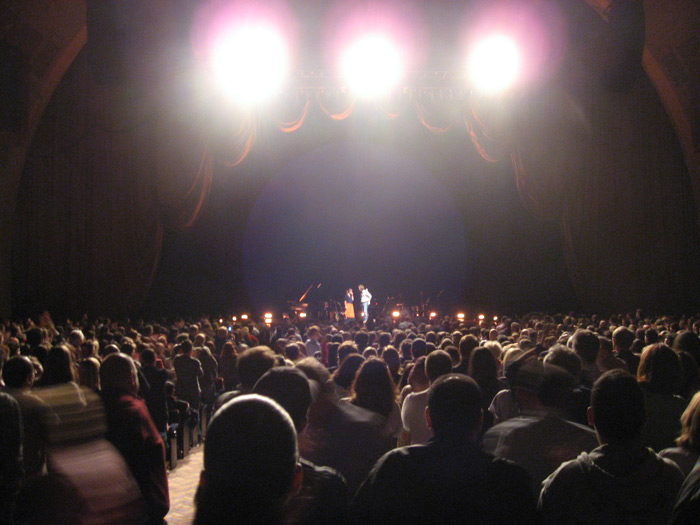 I love the circle of light that forms around Glen and Marketa. 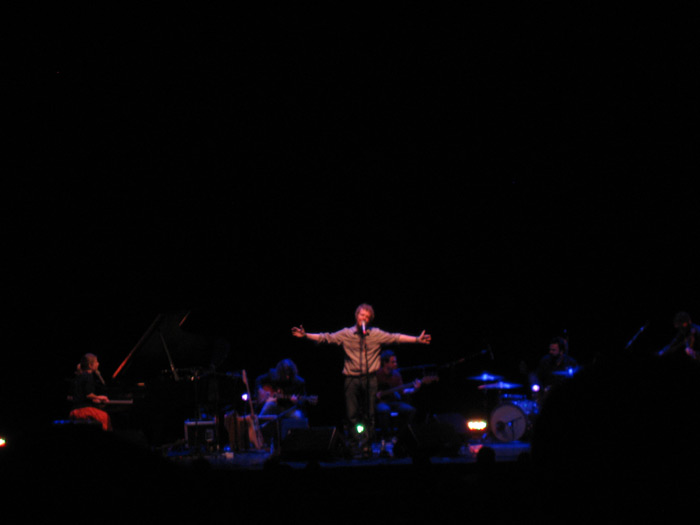