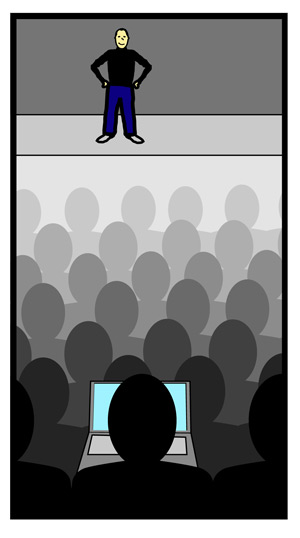 I want to take a look at how two websites covered a single live event, and identify the pros and cons in each reporting style.

Here is my breakdown of what each did well as I experienced the keynote speak via text and photo updates every few minutes for an hour and a half:

Some other notes about this and other live blogging events:

Overall – both sites had pros and cons, and lessons to be learned for how to live blog an event. While Macrumors, to me, had the most instantaneous reporting, I walked away with a better feeling towards Engadget’s coverage. Their personality and addition of context turned this from straight news reporting, to an experience I shared with them.